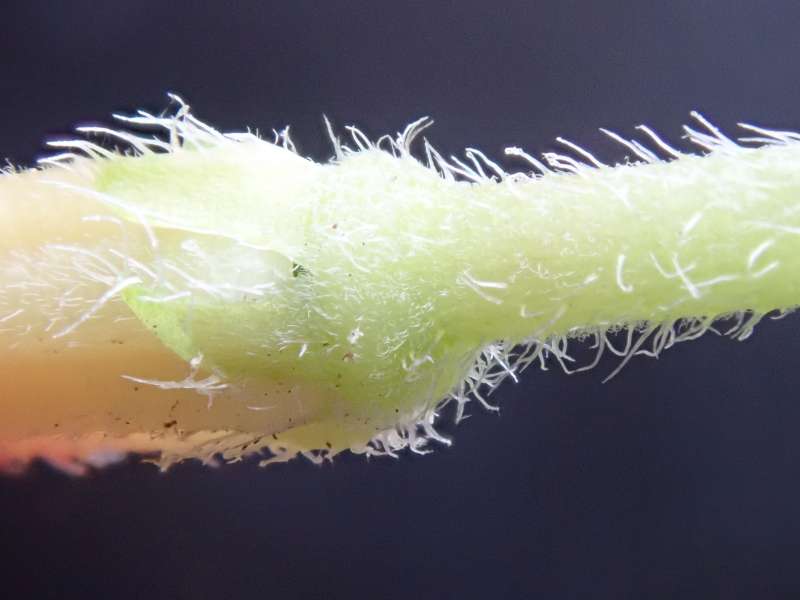 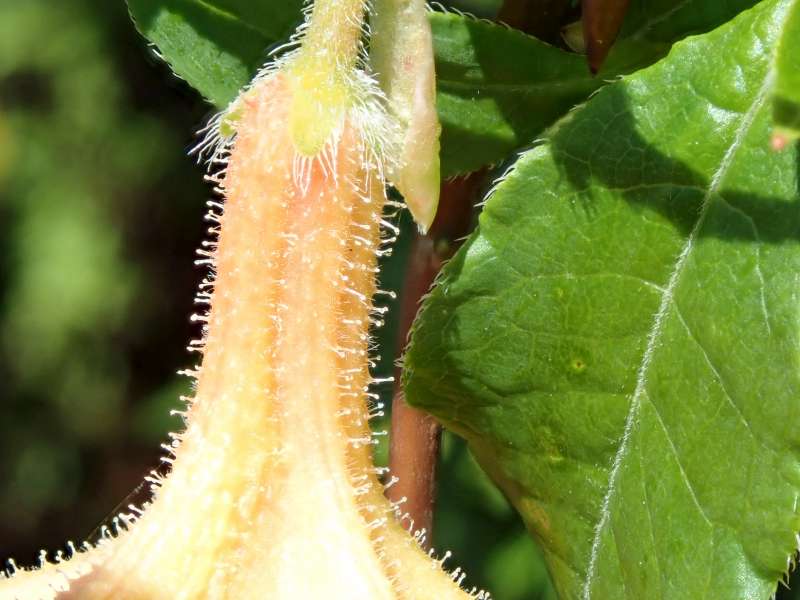 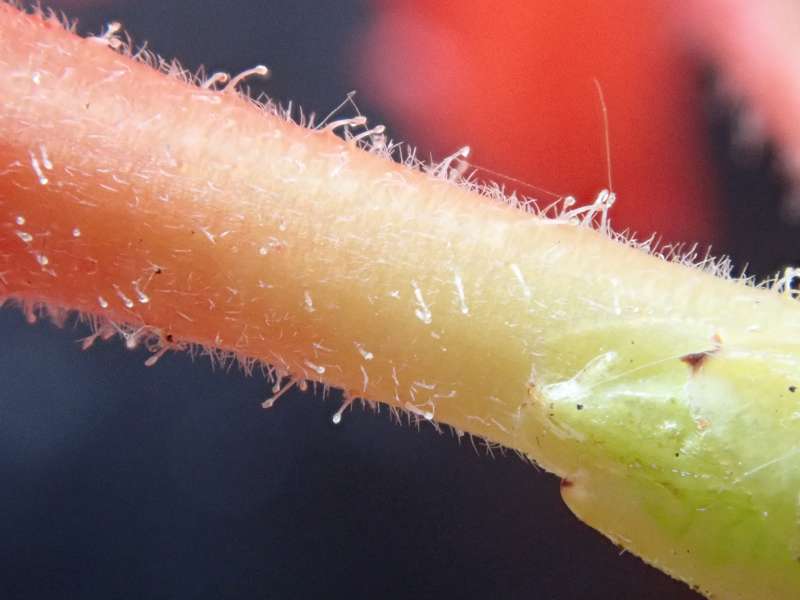 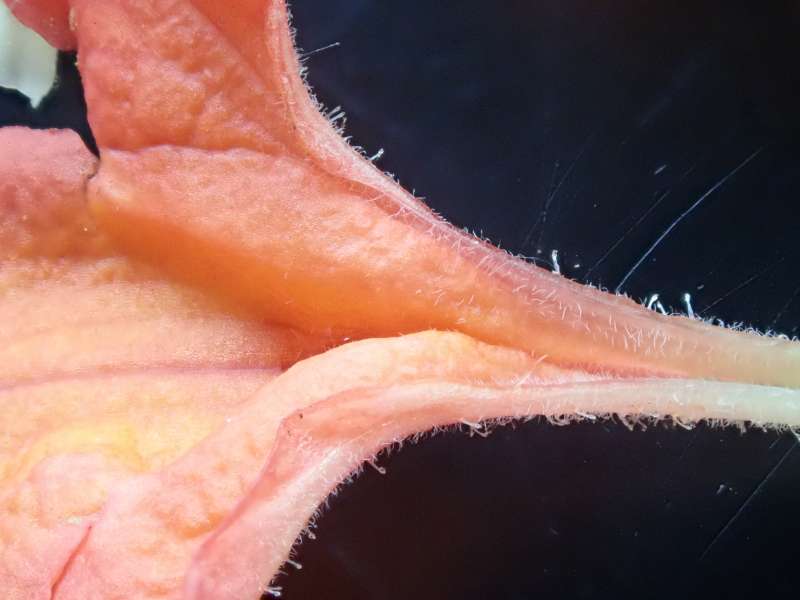 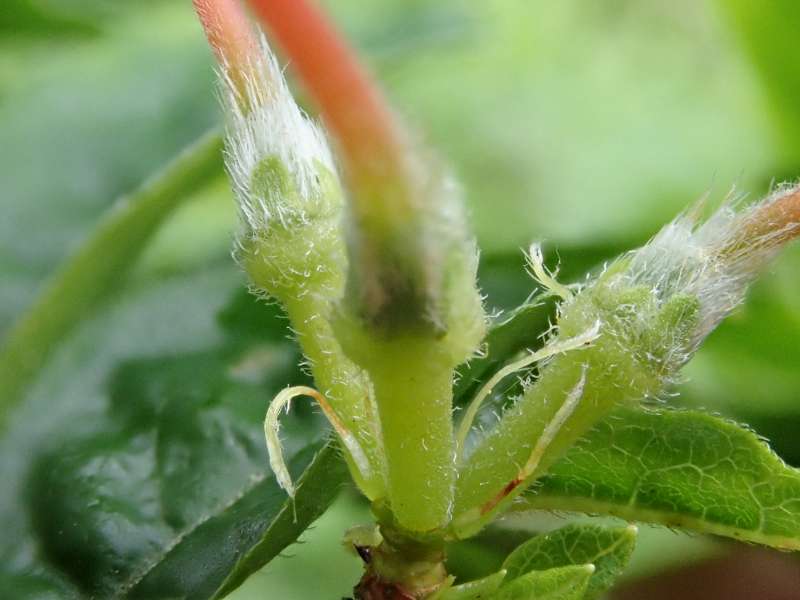 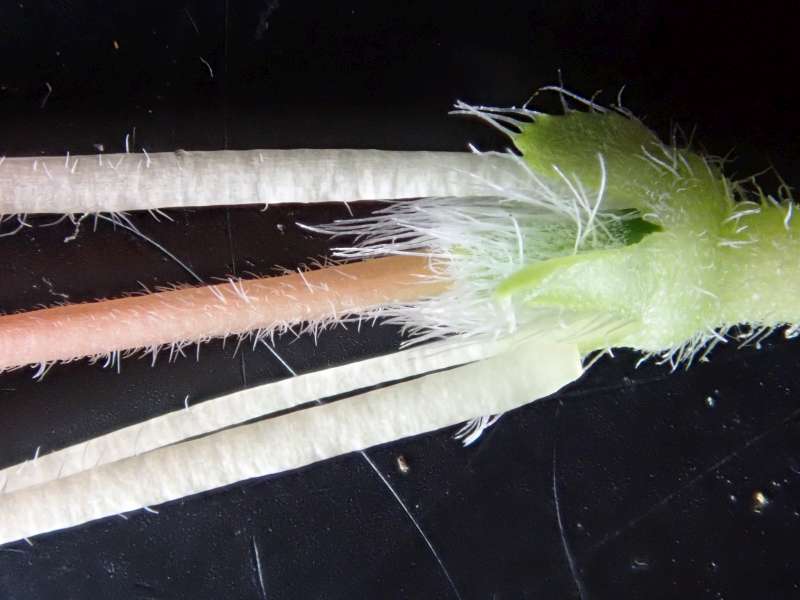 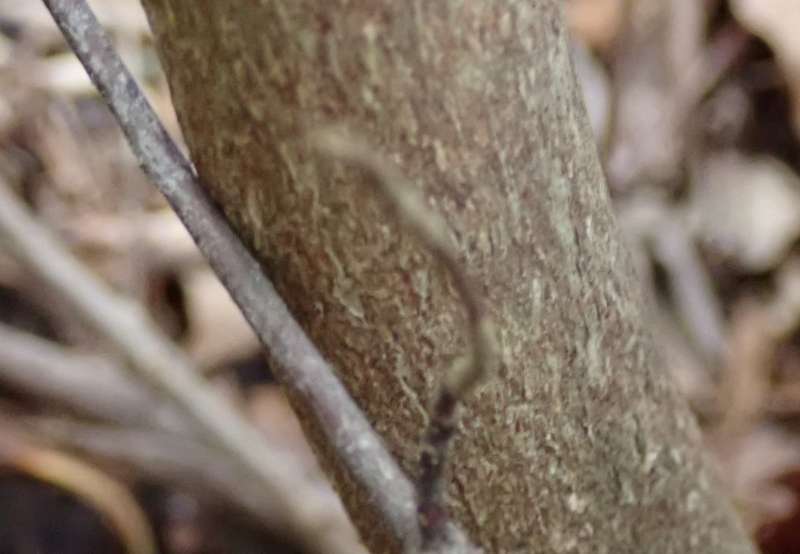 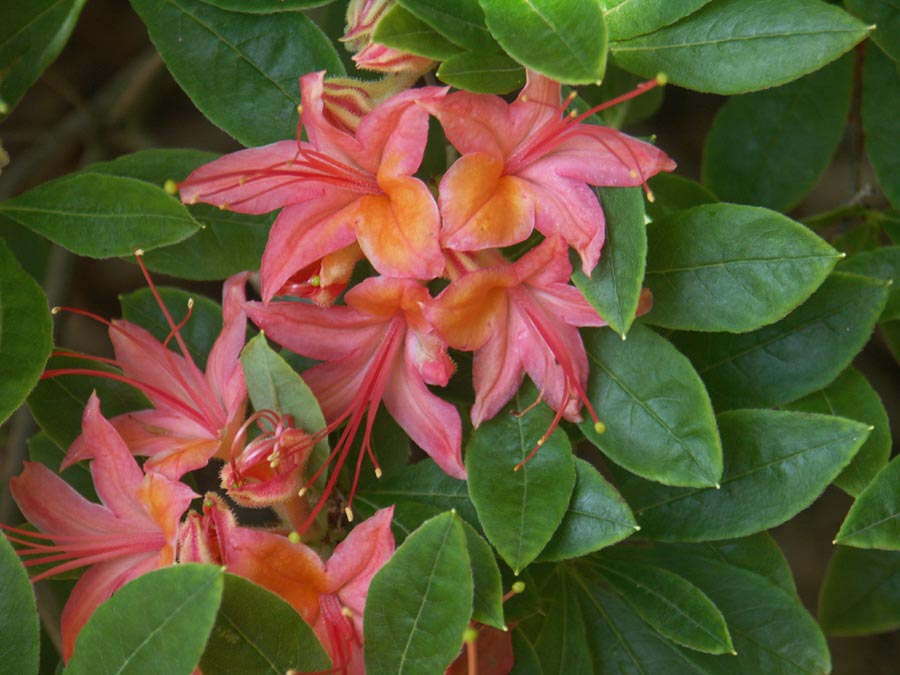 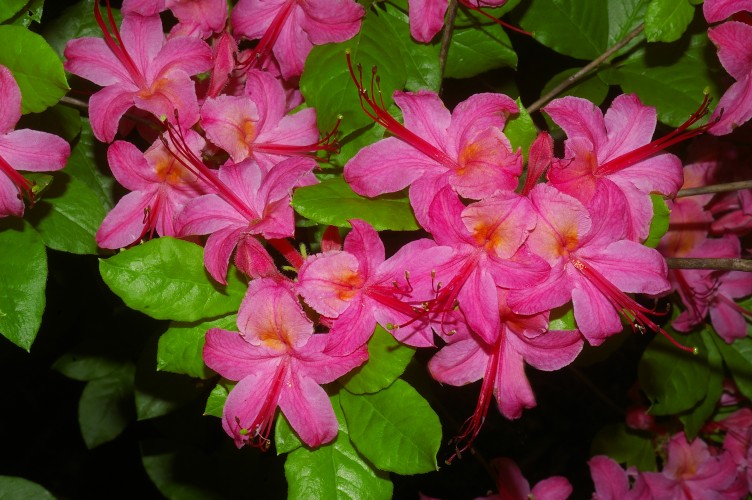 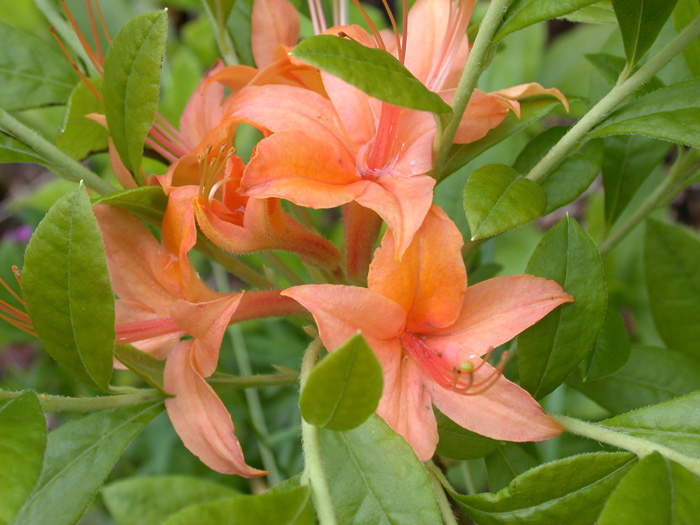 
I (Mike Creel) found something from Gustav Melquist regarding R. furbishii. He actually recreated what seems to be furbishii through crossing R. bakeri with aborescens.
Among the azaleas that I've been interested in largely are two groups. First of all, I was interested in David Leach's statement to the effect that Furbishi [Rhododendron x furbishii] is probably a hybrid between [R.] bakeri [now R. cumberlandense] and probably R. arborescens. I checked Lee's book on azaleas [The Azalea Book. Frederic P. Lee. 2nd ed. Princeton, NJ: Van Nostrand, 1965.] and he suggests that probably the parentage is either bakeri with arborescens or bakeri with a late blooming R. calendulaceum.
It is more likely that "furbushii" is bakeri x arborescens, calendulaceum doesn't easily cross with anything.There is some nudiflorum (periclymenoides) up at those altitudes, and that is similar to canescens. Charles Hunter
The Breeders Talk:Dr. Gustav A. L. Mehlquist, 1975
R x fubishii on 'www.rosebay.org' Don. Hyatt homepage ASA
Naturhybrider:
Naturhybrider pĺ Gregory Bald
R. cumberlandense is the accepted name for the species that was formerly know as R. bakeri. R. cumberlandense is diploid, but very similar in many respects to the tetraploid species R. calendulaceum. Since most if us are not able to discern ploidy levels while hiking on the trail, we usually use a hand lens to look at the sepals and pedicels of the blossoms. R. calendulaceum will have glandular sepals and pedicels whereas cumberlandense will be eglandular. Although cumberlandense does tend to bloom later than calendulaceum, there are late blooming forms of calendulaceum that will be in flower at the same time as cumberlandense at the same elevation. As for flower color, cumberlandense tends more toward the orange-red shades in the wild, but we do see orange and gold forms and some approaching yellow. I will say that I haven't seen any pure yellows cumberlandense plants in the wild as nice as image from Robert Day shown on your site but that doesn't mean they don't exist. The problem we have with many native azalea populations is that other species are often growing nearby so there is a tendency for the azaleas to hybridize. The hybrid swarm on Gregory Bald is world famous, and there are four species suspected growing in that area. R. cumberlandense does predominate so most of the plants will have orange-red to red flowers, but there is also arborescens, viscosum, and calendulaceum very nearby and they produce flowers in wide range of colors. R. calendulaceum does come in clear yellow, orange, and red, too. It is hard to quantify, but from an artist's eye, the colors found in R. cumberlandense do seem more vibrant to me, a clarity and brilliance that generally surpasses calendulaceum. Both are stunning native azaleas, though. R. calendulaceum tends to have larger blossoms, too, but both species put on a great show. An isolated population of cumberlandense occours in the wild in the mountains of Eastern Tennessee near the Cherohala Skyway not far from Tellico Plains. There are a number of azaleas on Gregory with lovely clear yellow flowers, as fine as Robert Day's pictures, but I wouldn't be so bold to say that any plant from Gregory is a pure species of one form or another. With all the crossing and back crossing that has happened over the past centuries up there, I would suggest that most of the plants are likely complex natural hybrids by now. The research by Dr. Tom Ranney and his graduates students indicates that the majority of the Gregory Bald azaleas are probably hybrids between R. cumberlandense and arborescens. Many of the azaleas on Gregory Bald are delightfully fragrant and since neither calendulaceum nor cumberlandense are fragrant, the "sniff test" is another tool for identifying hybrids. Don Hyatt