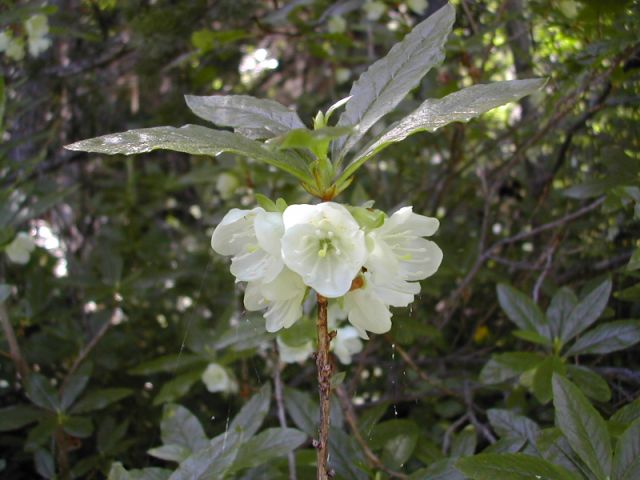 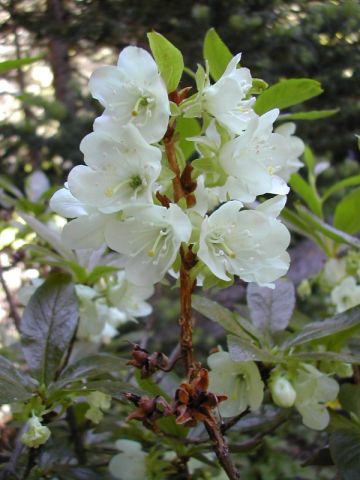 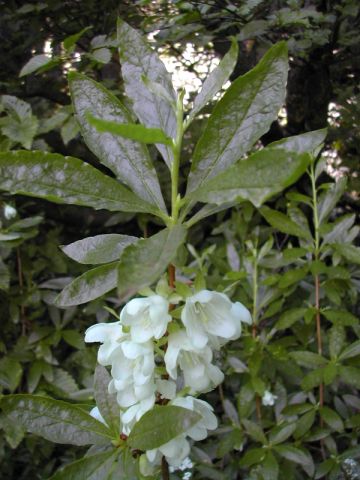 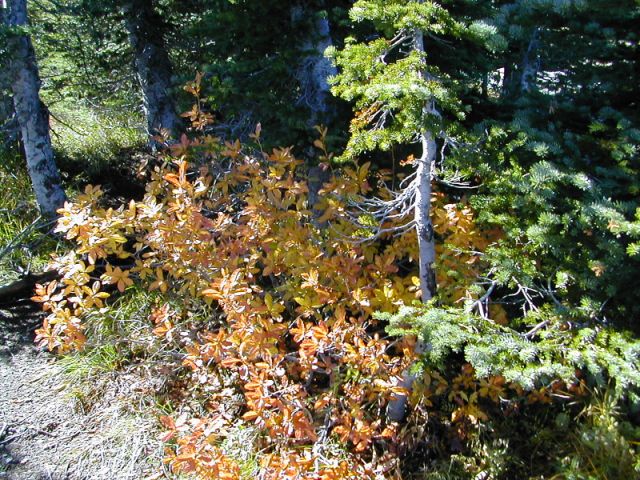 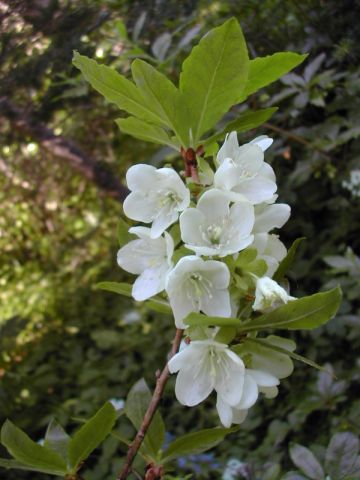 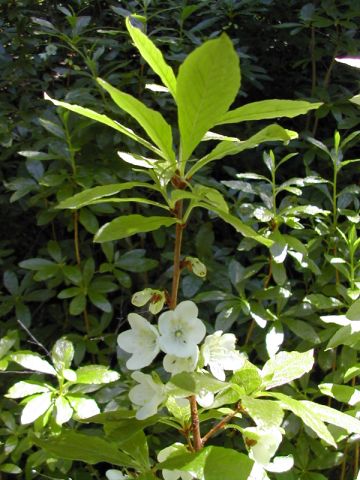 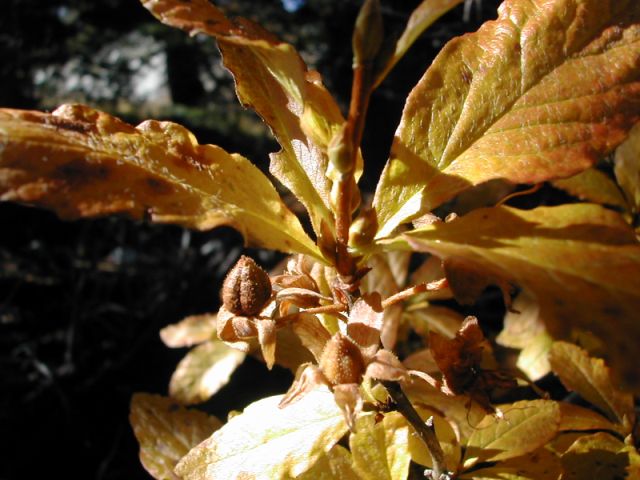 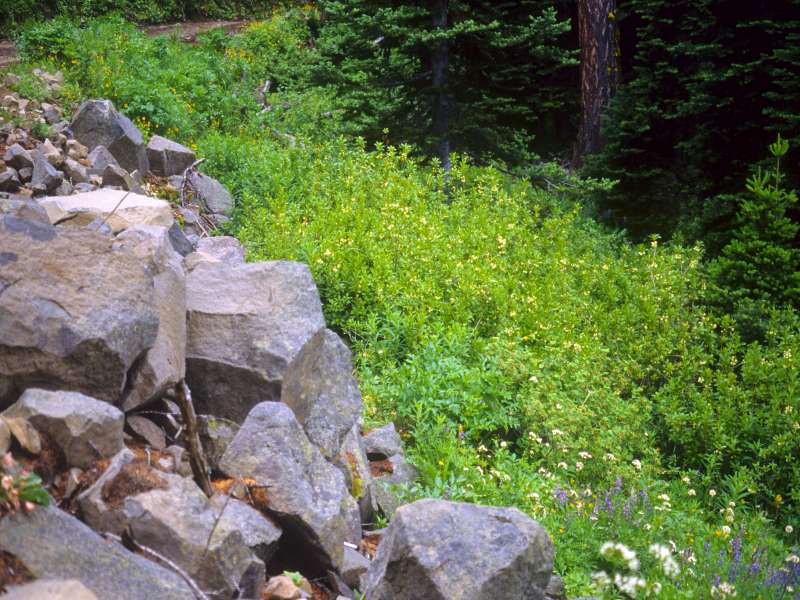 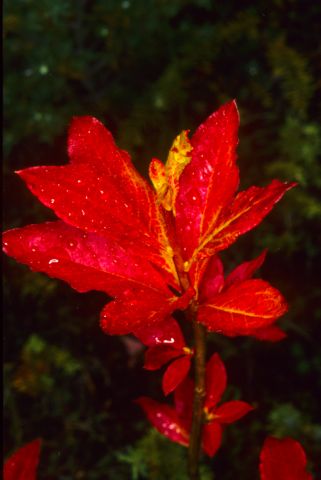 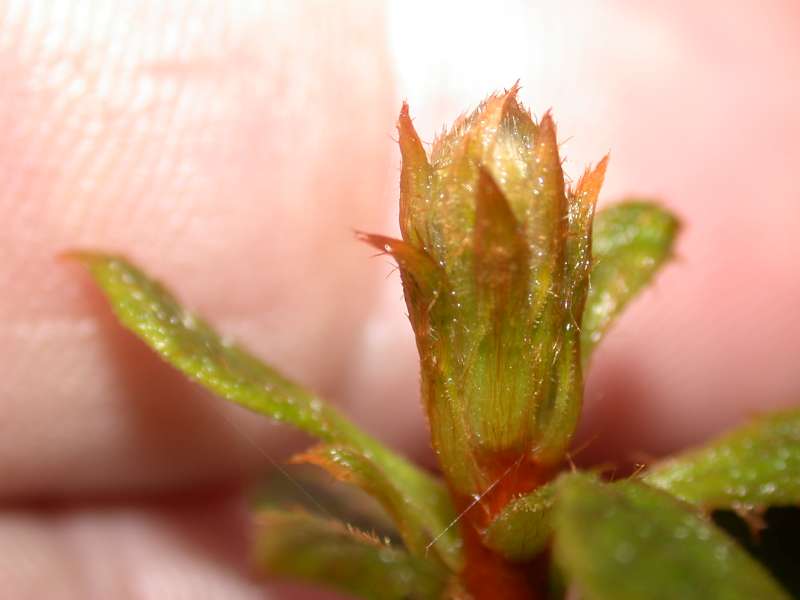 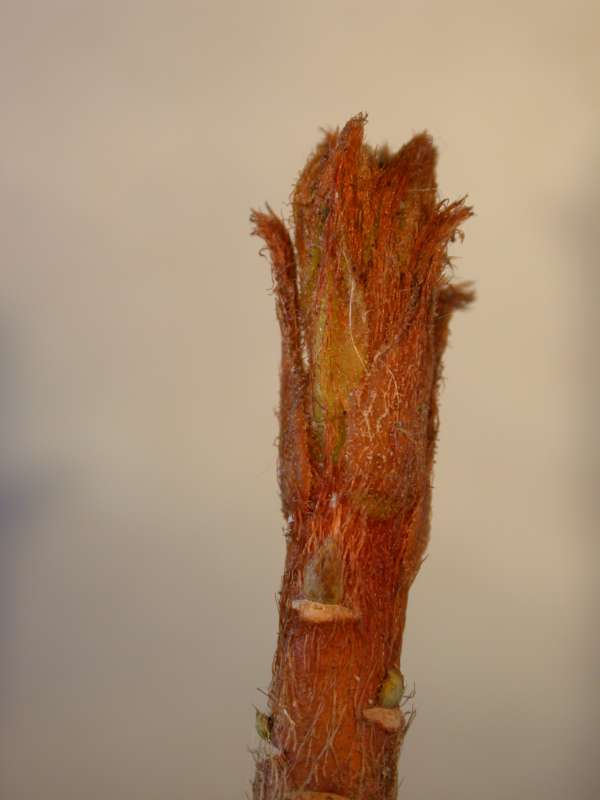 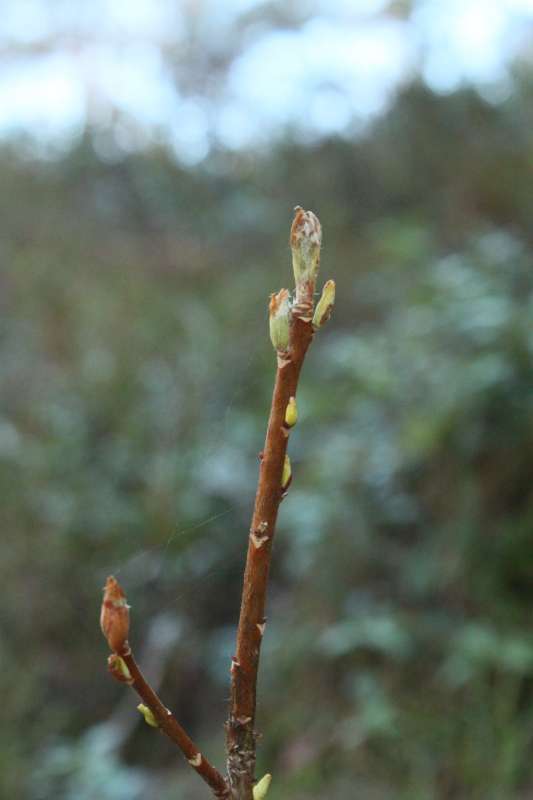 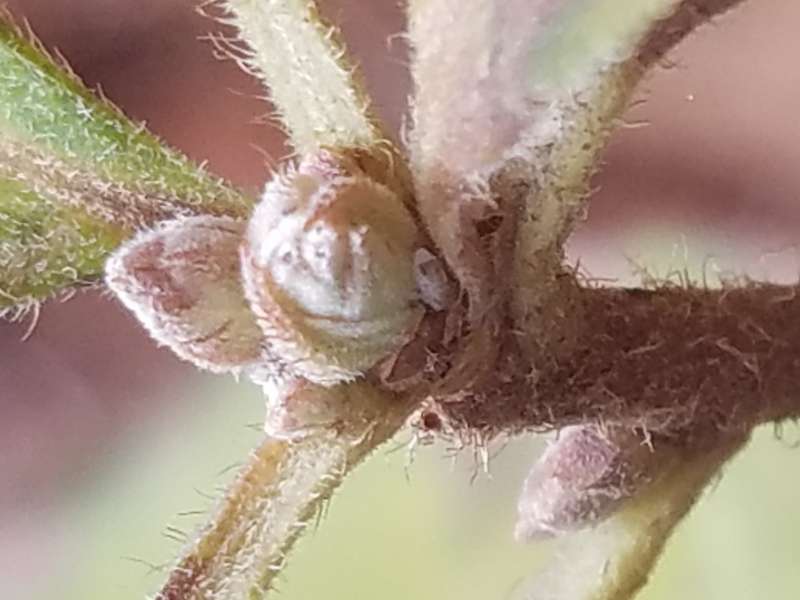 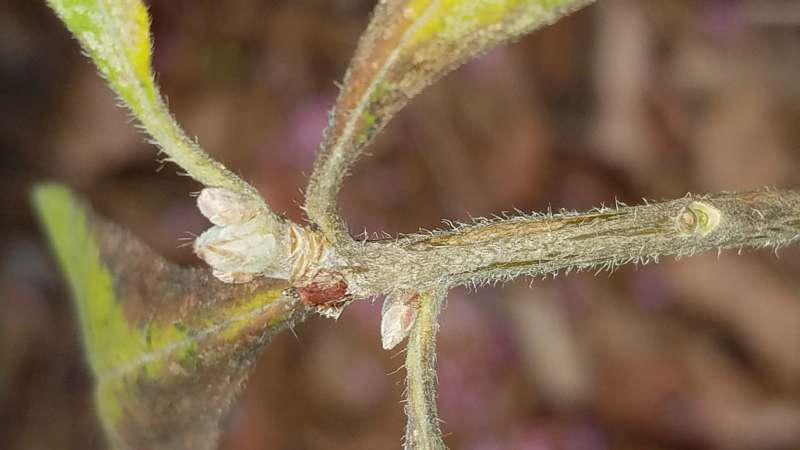 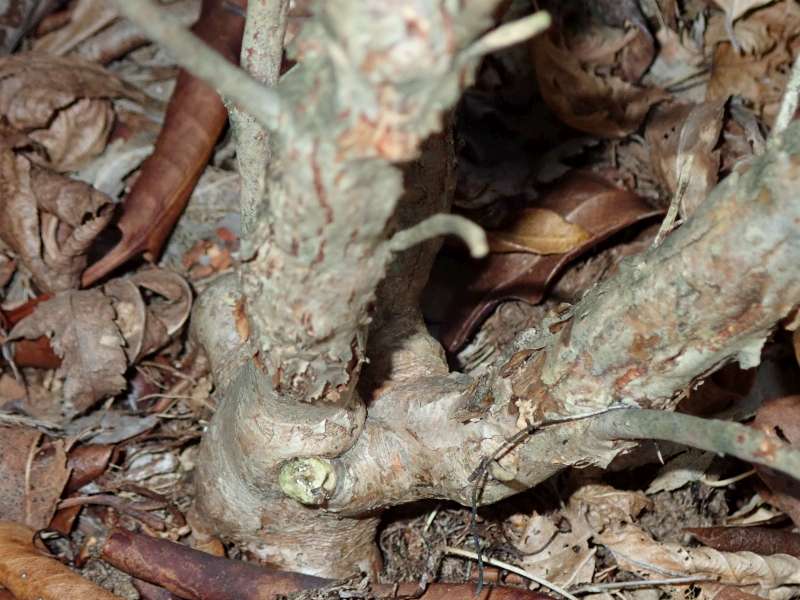 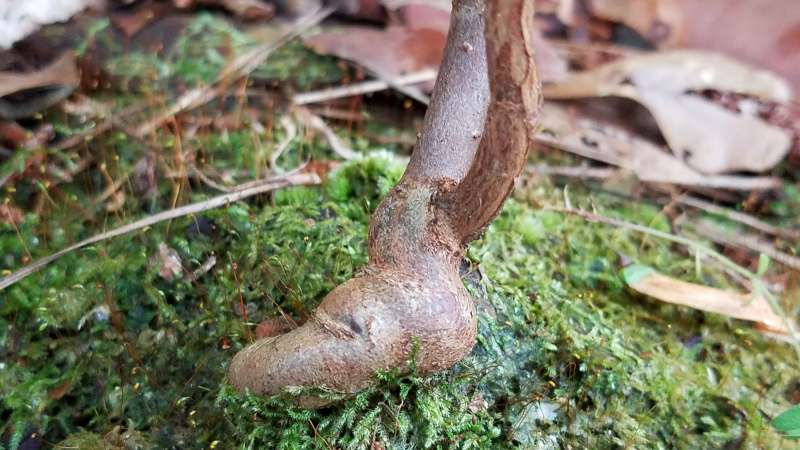 R. albiflorum (Albiflora) er eneste art i subsektionen. Er svćr at dyrke i Danmark og USA og dřr oftest inden et par ĺr. Bedst pĺ veldrćnet kold jord. Dřr hvis spagnum er varm og třrrer lidt ud. Vildtvoksende i NV Amerika ved 1200- 2300 m. hvor rřdderne ofte stĺr i rent rindende vand. Mĺske skal den podes pĺ R. luteum for at kunne klare sig over lćngere perioder.
H. Eiberg
ARS     Flora of North America     D. Genbank
Kew's Herbarium    Burke Museum     Turner Photographics, Wildflowers    E-FLORA BC: ELECTRONIC ATLAS OF THE FLORA OF BRITISH COLUMBIA     Trees and Shubs Online
Drawing 1840
White bloming Rhododendron -You Tube
Got this ref. from Mike Creel
Collecting in the West by ROBERT NICHOLSON
Nelson split the plant (as A. warrenii) from R. albiflorum on the basis of the glandular, ciliolate leaves of the former, which otherwise were glabrous. Five years later, in 1918, J. Francis Macbride transferred the species to the genus Rhododendron. Because of the paucity of pressed material, little comparative analysis with R. albiflorum was done and R. warrenii remained obscure. In 1936 Louis O. Williams in Annals of the Missouri Botanical Garden compared three collections from the Coloradan populations with specimens ofR. albiflorum from the Northwest. He believed that the two species were the same, and other botanists in the area concurred. The plant is now considered R. albiflorum. The few isolated populations of R. albiflorum east of the Cascades probably originated by different means. Those in Alberta may be the result of jump dispersal following the Wisconsin glaciation. But the disjunct population in Colorado, which may have evaded glaciation, could have resulted either from jump dispersal or range splitting. Rhododendron seed is so small and light that it could easily have lodged itself in fur or feather. Wind is also a dispersal agent for small light seeds, and it is conceivable that seed from the Cascade populations could have been carried east in a powerful storm. Volcanoes are another possibility but a highly unlikely one. R. albiflorum is a component of the Cascade flora and inhabits the sides of both active and extinct volcanoes. The recent Mt. St. Helens eruption, which spread ash as far east as Colorado, raises the question as to whether the seeds could have been blown into the stratosphere and carried eastward. Whether the seed could survive the intense heat and poisonous gases of the blast is highly questionable, but it is an idea that gives botanists a big bang theory to call their own. Of course, it is possible that other populations will be found within the 500-mile disjunction, rendering it less dramatic. I think that to grow albiflorum successfully in non-native garden settings there are several things one can do to increase chances of colony formation and flowering. The replacement of soil with rotted conifer wood is important and the addition of constant supplemental water. I have found that my albiflorums will not root by my normal means of woody cuttings in dome pots but will root in open containers of sand/pine bark floating in my garden pond, but the rooted cuttings must be moved prior to sunburn of leaves. Mike Creel